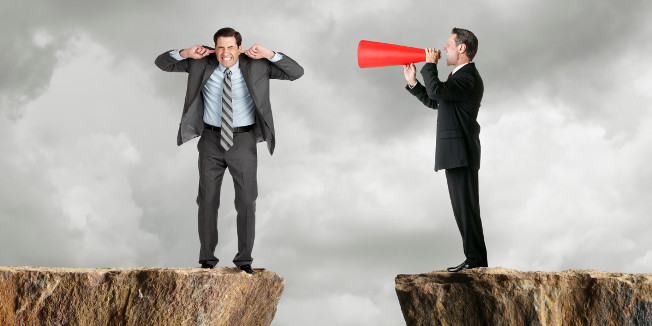 Digitalization? I can't hear it anymore!?!

It is an astonishing phenomenon: Germany only occupies regrettable midfield positions when it comes to digitalization . However, in discussions with company leaders or at meetings of associations it becomes clear that many of the leaders and managers are almost annoyed by the topic. A spokesperson for the association even apologizes for addressing the subject of digitalization at all. Of course, there is often not much fundamentally new knowledge about digitalization in general to gain in lectures and seminars when you have already attended numerous lectures, visited Silicon Valley, admire Israeli startups and experience Asian digital power. I even believe that in many cases the top level management has largely understood the topic - it is most certainly high time for that.

However, digitalizationis not a phenomenon that is solved at boardrooms with an army of assistants and "SWAT teams". The general consensus is that the challenge can only be met successfully if all of a company's talents are gradually taken on a journey into the digital future. The corporate culture - here too there is agreement - is the key to success in the digital world. Companies need more speed, agility, creativity, innovation, experimentation and networking in order to successfully face the digital "VUCA world".

It is in fact unfavorable if the entrepreneurial leadership is already annoyed as soon as the subject of digitalization is discussed here and there.

The digital experience of revival or "when the penny drops".

Even the most experienced digitizer had his personal awakening experience at some point - the moment when the penny dropped, when everything came together; the moment when it became clear: Something really big is happening and I know where it is coming from, why it is happening, what effects it has and how we can react to it. Exactly this experience is what every employee in the company needs - of course this is also possible without a trip to Silicon Valley, Israel or China - we are happy to help you ;-)

Only if all forces in the company understand the risks and the incredible opportunities of digitalization can they pull together in the long term. Even today, stories of UBER, Netflix, Airbnb and Amazon or pictures of the papal election in the past and today still help.

So the next time the topic of digitalization comes up, or one of the well-known examples is attempted, then just remember that perhaps the person next to you is having his or her personal digital revival experience and refrain from the usual sayings like "do I already know, can I already, I was there already". Even with many entrepreneurs the penny has not yet fallen - do not spoil the moment for them, but rather help them to understand the topic by new examples and pictures. Or use the time when things repeat themselves to develop concrete ideas and measures on how you will take your entire company on the digital journey.

Don't let digitalization get on your nerves, but become a patient ambassador who constantly explains and explains why digitalization is at the same time the greatest challenge and opportunity for every company since the industrial revolution. Of course, concrete implementation is a prerequisite for success in the end, but without employees who have understood what it is all about and who have understood the opportunities that lie dormant in the topic, implementation will not succeed.